Pinocchio was the first main male character to appear in a full-length animated Disney feature in 1940. Since then there have been many more of all kinds. Using the criteria listed below, we picked the top 10 heroes of the human (or, at least, originally human) kind.

Smarts: His temper gets the better of him so many times that he very nearly drives away the one last hope he has of becoming human again.
Score: 6

Bravery: The Beast fights bravely against a pack of wolves to save Belle.
Score: 7

Determination: He isn't nearly as determined as other Disney heroes would be to have someone break the spell cast upon him. In fact, he nearly gives up against Gaston when his castle is under siege.
Score: 6

Spirit of adventure: The Beast takes an awfully long time to try anything new.
Score: 7

Smarts: Phillip is clever enough to trick his father into agreeing that he ought to marry the girl of his dreams, though a mere peasant.
Score: 7

Bravery: He receives a lot of help from the three good fairies, but his bravery can't be doubted when he faces Maleficent, transformed into a giant fire-breathing dragon.
Score: 8

Determination: Phillip's personality is so easy-going that his determination, though relatively strong, isn't readily apparent, except when he hacks through the maze of thorns.
Score: 7

Spirit of adventure: His riding unattended through the forest with his horse, Samson, suggests a love of adventure.
Score: 7

Smarts: Ralph is prone to temper tantrums, which sometimes interfere with what good sense he has. However, his cleverness comes through when he hatches a plan to kill the Cy-Bugs in Sugar Rush.
Score: 6

Bravery: Ralph's courage proves greater than his greatest ambition when he sacrifices himself to save Vanellope.
Score: 8

Determination: It takes no small amount of determination for Ralph to set out on a quest to become a hero, especially considering he's always been seen as a villain.
Score: 9

Spirit of adventure: Ralph doesn't exactly thrive on adventure, nor does he shy away from it.
Score: 7

Smarts: Quasimodo isn't unintelligent, but he's extremely naive, expecially when it comes to Frollo. Unwittingly, he leads the judge to the Court of Miracles.
Score: 7

Bravery: Few heroes are as brave as Quasi, who saves Esmeralda and demands sanctuary in defiance of Claude Frollo.
Score: 9

Determination: The hold that Frollo has over Quasi generally undermines the latter's determination, until Esmeralda gains a stronger hold yet.
Score: 7

Spirit of adventure: Quasimodo dreams of living free among the people of Paris, and shows great courage when he ventures out at last, but he doesn't have a natural inclination for adventure.
Score: 7

Smarts: Flynn is quick and clever enough to steal repeatedly without getting caught.
Score: 8

Bravery: Flynn's love for Rapunzel is such that he's ready to die, so that she might not remain captive in her tower.
Score: 8

Determination: His determination to collect enough money to buy his own private island possesses him completely until he begins to fall in love with Rapunzel.
Score: 7 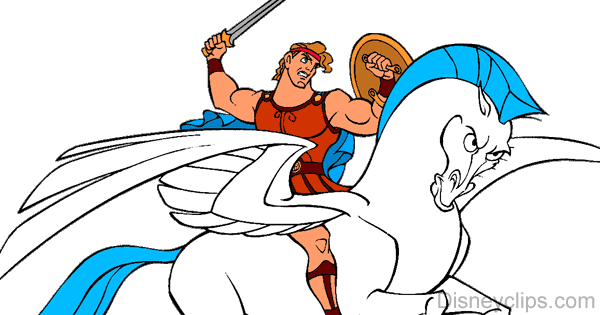 Smarts: Easily distracted, influenced and manipulated, Hercules has a hard time thinking for himself.
Score: 5

Bravery: Stronger than most gods, let alone mortals, Hercules is confident enough to go face to face with Hades himself. But his true courage reveals itself when he sacrifices himself to save Meg.
Score: 9

Determination: No Disney hero will have trained so hard as Hercules to attain his highest ambition.
Score: 8

Spirit of adventure: Hercules is ready, indeed eager, for anything new and exciting to come his way.
Score: 9

Smarts: Shang possesses an excellent memory and a good sense of logic, which serve him well as captain.
Score: 8

Bravery: Like his father before him, Shang is a valiant warrior who won't back down unless under the most severe constraint.
Score: 10

Determination: His sense of honour and duty strengthens his determination to put an end to Shan-Yu's plans.
Score: 9

Smarts: Tarzan is gifted with high emotional intelligence and a healthy curiosity.
Score: 7

Bravery: Casting aside all fears, Tarzan repeatedly risks his life to save his friends and family.
Score: 8

Determination: Tarzan goes to great lengths in his determination to fit in amongst the gorillas and earn the respect of Kerchak.
Score: 8

Spirit of adventure: From his childhood Tarzan retains a great love of adventure.
Score: 9 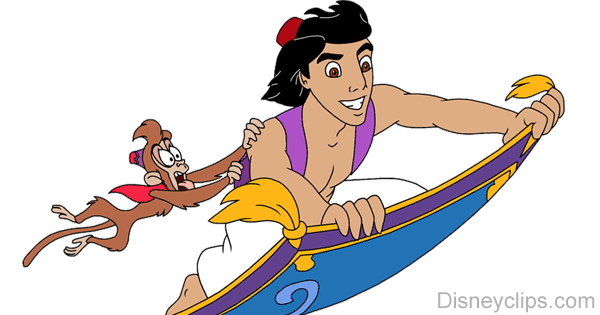 Smarts: Aladdin is clever, cunning and creative. Left to fend for himself at a young age, he quickly learned to adapt in order to survive. His kind heart leads him to help others in need, but at times may cloud his judgment. His dreamy nature doesn't always let him see things or people for what they are.
Score: 7

Bravery: Aladdin is a real do-gooder. Bold and daring, he doesn't flinch before danger.
Score: 9

Determination: Aladdin is determined to make a better life for himself and to win the heart of princess Jasmine. Luckily for him, he has a genie to help him along. But it's his selfless heroism that benefits him most in the end.
Score: 8

Spirit of adventure: Adventure often seems to find Aladdin. When it doesn't, he's sure to find it himself.
Score: 9

Smarts: Peter Pan usually acts before he thinks, which sometimes lands him in trouble. But his confidence is so great that he thinks nothing of trouble.
Score: 6

Bravery: Brave? Say fearless, rather. Nothing daunts him; nothing makes him doubt himself. He's practically untouchable.
Score: 10

Determination: Peter has the determination of a spoiled child who's never been denied what he wants.
Score: 8

Spirit of adventure: Peter lives for adventure; he breathes adventure. He'd be positively miserable without it.
Score: 10