The world was introduced in 1937 to young princess Snow White: Disney's first heroine. Since then many have graced the silver screen. Using the criteria listed below, we picked the top 10.

Smarts: Rapunzel rashly makes a deal with Flynn to take her to see the lanterns. Flynn is a stranger to her at this point. There's no reason for her to trust him. Though a certain naivete must be expected in a girl so long kept away from society, wasn't she warned by Mother Gothel to be wary of strangers?
Score: 6

Bravery: Rapunzel bravely confronts Mother Gothel and declares that she will never let her use her hair again. Afterwards, she's willing to sacrifice her freedom to heal Eugene.
Score: 6

Determination: Her determination to see the floating lights up close is so strong that she leaves her tower at last, against Mother Gothel's instructions.
Score: 7

Spirit of adventure: When Rapunzel's finally at liberty to explore the real world, her hunger for adventure increases so that it prevails over her fears.
Score: 7

Smarts: Her confidence and natural leadership skills gloss over her failings here, but there's no overlooking the fact that she doesn't recognise that Prince Ali is really Aladdin until quite some time has passed. And, true, she leads a sheltered life, but to be ignorant of the fact that it's not okay to take an apple from a merchant without paying for it shows a lack of common sense.
Score: 6

Bravery: It takes courage to hop onto a magic carpet and not feel the least bit dizzy as it soars into the clouds.
Score: 7

Determination: Jasmine is certainly determined to marry for love, even though her father insists she choose a prince and only a prince.
Score: 7

Spirit of adventure: A princess who ventures outside her palace walls is adventurous indeed.
Score: 8

Smarts: Tiana is smart enough to know that success comes with hard work, and that she must rely on herself to achieve her goals. Unlike other heroines, who enter all too quickly into agreements with dubious characters, she refuses to strike a deal with Dr. Facilier.
Score: 8

Bravery: Tiana is most brave as a frog. In this state she has to avoid getting caught and eaten on more than one occasion.
Score: 7

Determination: Tiana is so determined to earn enough money to open a restaurant, which her father dreamed about, that she works long and hard at two different diners.
Score: 9

Spirit of adventure: Tiana is sensible and practical, always taking things one step at a time and playing it safe. Slow and steady, she has little inclination for adventure.
Score: 5 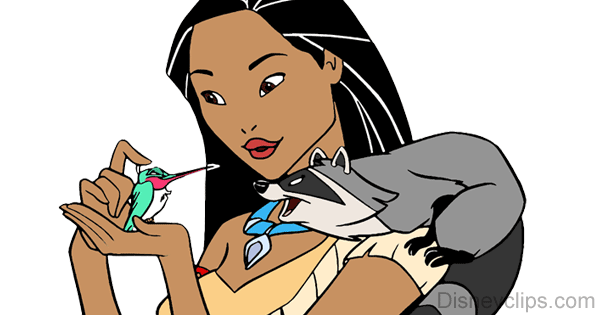 Smarts: Her curiosity about all things and her desire to know more about John Smith and his life in Europe are signs of a more than ordinary intelligence.
Score: 8

Bravery: Defying the unkown, risking her very life for the sake of peace, Pocahontas counts among the bravest of the brave.
Score: 8

Determination: Like Cinderella, Pocahontas is more of a dreamer than a doer, eager for something new and wonderful to come her way. She acts upon what her heart decides is right, but isn't quite as determined as other Disney heroines in the strictest sense of the word.
Score: 5

Spirit of adventure: Pocahontas is always looking for more to life than what is "steady as the beating drum", and is eager to know what lies "just around the riverbend".
Score: 9

Smarts: Witty, clever, well-read and street-smart, Belle may well be the most mentally gifted of Disney's heroines, though her curiosity and stubbornness sometimes get the better of her good instincts.
Score: 9

Bravery: Her love for her father gives her the courage to set out in search of him alone, and then to ask the Beast to take his place in the tower.
Score: 8

Determination: Belle might be better described as stubborn rather than determined, but it certainly requires determination, coupled with bravery, to do what she must to find and save her father.
Score: 7

Spirit of adventure: Belle experiences many adventures through her books, but though she wishes there were more to the provincial life she leads, she isn't as demonstrably ready or willing as other Disney heroines to set out on an adventure.
Score: 7

Smarts: Okay, so she's young and in love, but agreeing to pay a visit to a sea witch, whose only endorsers are two of the sneakiest eels imaginable, is just not smart.
Score: 5

Bravery: What she loses in the "smarts" category she gains here, for she's brave enough to lead a shark on a chase, brave enough to meet Ursula, and brave enough not only to take a close look at humans, but to walk, run and dance among them on two brand-spanking-new legs.
Score: 8

Determination: Ignoring her father's urgings, discounting Ursula's advantage, not to mention risking her freedom, Ariel is ready to do most anything to be with Prince Eric.
Score: 8

Spirit of adventure: Flounder may slow her down on occasion, but nothing seems to quench her thirst for adventure.
Score: 10

Smarts: Anna is far from unintelligent, but her tendency to leap before looking sometimes causes her more trouble than she can handle on her own; and her optimism, while admirable, may lead her to ignore potential risks.
Score: 6

Bravery: Anna's bravery becomes more than apparent when she sacrifices herself willingly for Elsa's sake.
Score: 9

Determination: To trudge through sleet and snow in the dark of night, as well as in the light of day, takes more determination than is commonly seen in two women, let alone one.
Score: 9

Spirit of adventure: Anna loves life and everything good it has to offer, and isn't afraid to journey into the wild unknown.
Score: 8

Bravery: In spite of her father's forbidding her to leave the island, Moana sets sail into the unknown to save her people and right an ancient wrong.
Score: 8

Determination: Stubborn and determined by nature, Moana is ready to take on new challenges, and shows great determination in finding Maui and convincing him to return the heart of Te Fiti.
Score: 8

Spirit of adventure: Since she was child, Moana was drawn to the ocean, and longed to sail beyond the reef on a quest for adventure.
Score: 9 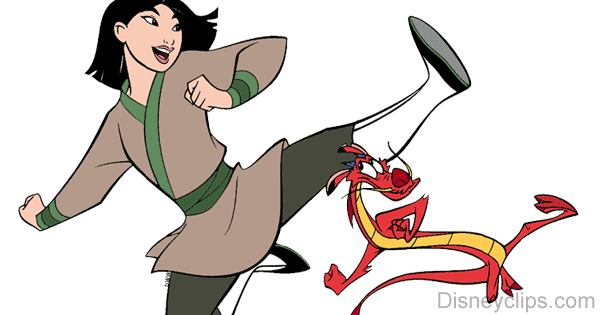 Smarts: It takes a great deal of cleverness and ressourcefulness to go unnoticed as a woman for so long among so many men. And it's Mulan's cunning strategy that puts an abrupt stop to the Huns' progress.
Score: 8

Bravery: None is so brave as a soldier who goes off to war. Mulan risks more than her life by taking her father's place and posing as a man in order to fight.
Score: 10

Determination: Even Shang is surprised at how determined Mulan is to conquer every obstacle he subjects her to in training.
Score: 9

Spirit of adventure: Mulan is not always eager to try new things, but it certainly takes an adventurous spirit to leave one's family and head into the unknown.
Score: 7

Smarts: It's quite cunning of Merida to compete for her own hand, but it's never a good idea to resort to the powers of a witch for anything unless one is in very dire straits, which she is not. That she learns from the mistake she makes in her pride and impetuousness, however, does redeem her.
Score: 7

Bravery: Merida shows her bravery many times, but perhaps most notably when she defends her mother and fights Mor'du. The movie she stars in isn't titled "Brave" for nothing.
Score: 9

Determination: Her love for her mother determines her to do everything in her power to reverse the spell that is upon her.
Score: 9

Spirit of adventure: Even as a child, she's eager to explore and experiment, following a will-o'-the-wisp through the forest fearlessly. As she grows, so does her spirit of adventure. Defying tradition, she follows her own path.
Score: 10